5 Canadian cybersecurity statistics and what they mean to your company

Canadian businesses are under constant threat from cybercriminals, whether in the form of data breaches, cyberextortion or disruption due to cryptojacking or distributed denial-of-service (DDoS) attacks. The number of opportunities for cyberattacks continues to increase as IT becomes more essential for business operations. Bringing this up isn’t about scaring you into buying more security solutions, but simply about helping you determine how to allocate those resources more efficiently.

Statistics Canada recently released its Canadian Survey of Cybersecurity and Cybercrime. Unfortunately, however, the findings weren’t much less alarming than those frequently touted under the bias of cybersecurity software developers. Here are some of the most significant:

20.8% of enterprises suffered a cybersecurity incident in 2017

Although some sources put the figure to as high as 90%, there’s often some confusion as to precisely what constitutes a cybersecurity incident. If the definition were opening a spam email and deleting it before it could do any damage, then we could safely say that every company in the country has suffered an incident.

Statistics Canada gives a more reasonable figure: 20.8% of organizations have suffered from a serious incident. Large enterprises have traditionally been the go-to target, but smaller companies are starting to see an alarming rise in the number of incidents too.

The fact that only a fifth of Canadian enterprises suffered a serious data breach in 2017 shouldn’t have business leaders resting on their laurels. Organizations that don’t have an adequate security infrastructure in place will be attacked sooner or later.

Only 27% of businesses implement security measures for compliance reasons

Although almost every business leader appreciates the importance of having a robust security strategy, some only find themselves compelled to do so when the law comes into question.

However, there are many other and even more important reasons for implementing robust security measures, with the most common being to protect information and protect against fraud and theft. Compliance should, for the most part, come as a natural part of the process. By contrast, those who only care about compliance are likely to adopt a bare-minimum approach to cybersecurity.

53.8% of incidents prevent employees from carrying out day-to-day work

Now that employees and customers rely heavily on technology, it shouldn’t come as a surprise that downtime presents one of the biggest cost burdens in almost every organization. When employees can’t do their work due to their systems being knocked out by a cybersecurity incident, productivity and morale will take an instant hit. Furthermore, this leads to decreased customer satisfaction and, in more severe incidents, long-term damage to the brand.

Businesses are spending $14 billion on cybersecurity

Given the rising tide of security incidents and grueling compliance regulations laws around the world, it’s not surprising that cybersecurity spending is skyrocketing. Companies in Canada are already investing $14 billion per year to implement technology solutions that are secure by design and proactively protected by multiple levels of protection. Fortunately, the investment is paying off, since Statistics Canada also found that almost 80% of businesses surveyed had not suffered any security incidents.

Cyberthreats are real and they’re not going away. Quicktech offers competitively priced cybersecurity solutions to businesses in Burnaby, Richmond, Surrey, and all other cities of Greater Vancouver. If you’re interested in proactive IT support and security, contact us today. 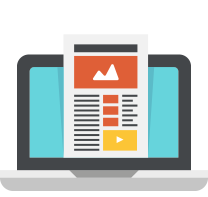